Recently, I came across a proof of concept (POC) where the customer had deployed edge node VMs in small form factor. After the deployment and successful POC, we decided to move to production and came across this issue where we needed to re-size our edge node VMs to medium size to support at least one Load balancer. So a big gotcha, even though you might want to just do a POC and are planning to leverage the load balancer functionality in the future, start with at least a medium size edge node VM.

A quick recap on the different edge VM sizes NSX-T supports as of NSX-T 2.4

Now let’s say you have already deployed the edge nodes VMs in small form factor in the edge cluster, how do you go about resizing your edge VMs in NSX-T? There is no “Change appliance size” knob to resize the edge VMs like in NSX-v but there is a step by step process you can follow to achieve similar results. Let’s see how.

Let’s look at our current deployment first. We have three edge node VMs configured as transport nodes and status is up.

We have an edge cluster with two small edge node VMs – edge-01a and edge-02a.

We are looking to swap the medium-edge in place of edge-02a. Let’s check the state of the T0 and T1 SRs on this edge node.

Now, let’s see how to swap this edge node (in maintenance mode) with medium-edge.

On the NSX-T Manager, navigate to Fabric->Nodes->Edge Clusters and then select the edge cluster. From the actions menu, select “Replace Edge Cluster Member”

Select the small edge node edge-02a that you want to replace with the medium-edge node.

As we can see below, the edge-02a has been successfully replaced with the medium-edge.

Now, lets check the status of our logical routers on the medium-edge. As shown below, all the T0s and T1s have successfully migrated from edge-02a to medium-edge and the SRs show up in Standby state.

In summary, although not a one-click option, it is pretty straightforward to resize your edge node VMs in NSX-T. 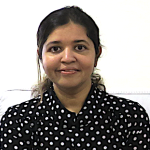