When is are {} not the same as []? To get a better understanding of JSON structure read below, or click the link in your Alexa app.

In NSX-T 2.4 the Policy API was introduced, which is a declarative API utilising a JSON structure. If you are unfamiliar with the Policy API, I recommend you read a number of great articles by my colleague Luca Camarda, starting with the introduction to NSX-T Policy API:

In this article I wanted to address the JSON structure itself, as it can be a little daunting the first time you look at it. JSON is a text-based data format derived from JavaScript, and is used in the API calls with NSX-T. Remember that with NSX-V we utilised the XML based format, but as of NSX-V 6.4 JSON was also introduced. In addition the NSX-T Policy API supports PATCH calls/method only. From a practical application perspective, this subtle nuance is important to understand.

So firstly, if using an application such as Postman how do we utilise this?

Excusing the toddler style handwriting 🙂 key point is to make sure you are making PATCH calls, and secondly the body of the text is sent in the JSON format. Anything else will return an error. CURL or other applications can be utilised, and I recommend reading Luca’s articles for further understanding on this.

So now we making our calls, what about the body of text we are sending. So in Luca’s articles he talks about how with NSX-T you need to make calls at the Infra level and then include your child elements, vs trying to write to the child node directly. So below I’ve included a bit of additional clarity on this.

So now let’s look text to create a service call.

The key point here is the word Child in front of Service. As you denote each child element it will always have the child suffix. So now let’s look at something a bit more complicated, the Group creation API call:

Anyone else looking at this and thinking …. OMG !!!

Let’s break it down it’s not that complicated really, but the important thing to understand is importance of the {} brackets vs the [] brackets.

JSON defines only two data structures: objects and arrays. An object is a set of name-value pairs, and an array is a list of values. JSON defines seven value types: string, number, object, array, true, false, and null.

I highlighted array in the second statement, as an object value can be an array.

JSON has the following syntax.

Reference: Introduction to JSON by JavaEE

So back to to the Group API call (image 4), we have one big Object that consists of multiple name:value pairs, as well as an array of other objects. The Below diagram helps to map everything out.

From the diagram you can see that making a group requires you to reference the Infra Parent entity, and then its child entity Domain, and finally Domain’s child entity Group. So our API call structure is correct. Next we need to understand what the {} and [] are all about. So referencing the numbers in the diagram:

So hopefully you can see that though it looks a bit complicated, ultimately we are creating objects, and where an object can have multiple name:value pairs or other nested objects we start to use arrays.

For those of you new to JSON and Policy API, hopefully that’ll help with structuring your API calls, and being successful with Policy API. 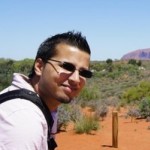 2 thoughts on “JSON Structure and NSX-T”