In this article I shall discuss the architecture for logical routing in NSX-T, from the perspective of east/west routing. Read on, or click on the link in your Alexa app.

Ok so firstly let’s recap logical routing in NSX-V. In NSX-V there were two main routing components, the Distributed Logical Router (DLR) and the Edge Services Gateway (ESG). The DLR handled east/west traffic, and the ESG handled routing for north/south traffic, as well as stateful services if required. In addition, if you enabled dynamic routing you would deploy the Control-VM, which support the control plane functionality for the DLR. Sound familiar …. ok now forget it. The only thing that really resembles anything similar is that we have a distributed routing function in NSX-T, and we have a routing function that provides stateful services, that sites on an object called an Edge node. BUT neither of these are exactly like the DLR and/or the ESG. So any assumptions you’ve made, park them.

In NSX-T we have the concept of a Logical Router, and that is it. Yet this Logical Router (LR) can perform both a distributed or centralised functions. Which is where the similarity, with the DLR/ESG, begins and ends. In NSX-T you have the option to deploy your LR as either a Tier-0 or a Tier-1 router, and it’s important to understand the differences. 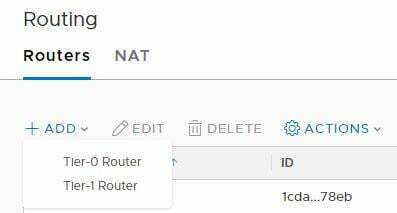 Diagram 1: Options to add a router 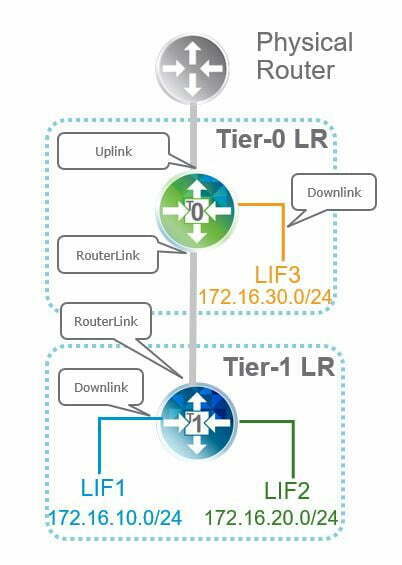 For now, don’t worry about the topology piece, I’ll come back to that, but notice I don’t mention DLR or ESG, the only two router types you can deploy is a Tier-0 or Tier-1 router. Confused yet, bear with me and we’ll get there. Ok, so by default when you deploy a Logical Router it’s deployed as a distributed routing instance. So irrespective of Tier-0 or Tier-1 you get a DLR like function. The LR, whether it’s a Tier-0 or Tier-1, is distributed across all your hypervisors.

So now let’s quickly circle back to the topology. You do not need to deploy Tier-1 LRs, or rather you do not need to deploy the two-tier topology depicted unless you need it. You would need it if you were a multi-tenanted environment, so you want the tenant Tier-1 LRs, and the Tier-0 would be a Provider managed router. This is beneficial when you want to have demarcation of control, eliminate dependencies on the physical infrastructure and, more importantly, supports CMP integration and utilization. So in a single-tier topology, we would simply have the Tier-0 LR with the logical switches directly attached.

Now we’ve dealt the topologies you’re probably thinking if this is distributed in nature what’s happened to the control-VM. Remember the control-VM was only required if you were using dynamic routing. Dynamic routing from a Tier-0, or single-tier topology, is handled by a services router for upstream connectivity to the physical world, which I’ll discuss in part 2. The services router still exists in a multi-tier topology, but between Tier-1 and Tier-0 there is no dynamic routing, this is all static routing. YUCK !! I hear the networking guys say. So this isn’t as bad as it sounds, as the management plane takes care of this for us. In the routing configuration for the Tier-1, we have the option to advertise connected routes, which is what tells the Management Plane to update the configuration on the upstream T0. 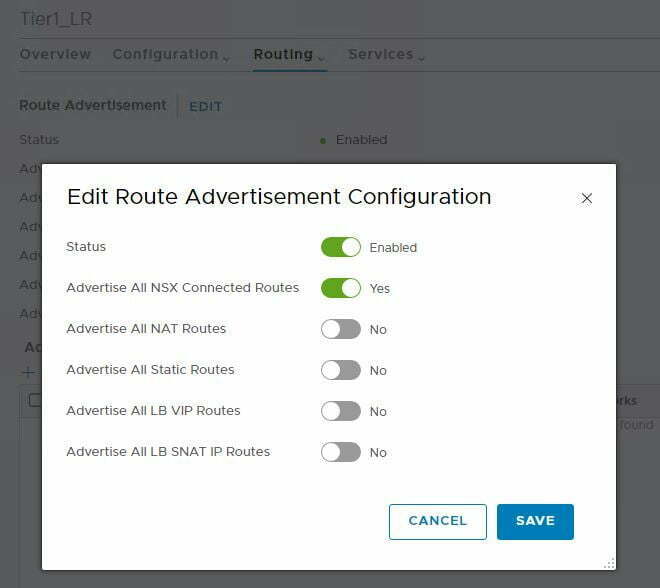 So if it’s static route what about the connection between the T0 and T1 routers, i.e. the transit link, what does NSX-T use as the next hop for the static route. NSX-T auto-plumbs this element by default using a network from the 100.64.0.0/10 network. So we don’t have to worry about this. It’s all auto-magical. Now once this is all set up and you look at the route table on the Tier-0 router you’ll see NSX Static routes for the connected interfaces on the Tier-1 router. So there you go, east/west routing taken care of without the need for control-VM. Let’s demonstrate how this looks in our environment.

In the second part of this article I shall discuss north/south routing and stateful services with the service router.