Recently, I found myself in the position of needing to shutdown a lab running PKS 1.2. A quick search revealed no documentation on this particular topic. Read on for details.

VMware has finally published official guidance on this topic in to form of a KB:

Continue below for the original article, now deprecated:

I suppose the bigger focus with Pivotal Container Service (PKS) is getting it up and running then maintaining it. There are plenty of blog articles and documentation on the many different aspects of those topics. The simple fact here though is that some people DO need to occasionally get an environment shutdown gracefully.

My case was this: my team’s Hardware Lab required a shutdown for a number of reasons related to the Physical Infrastructure maintenance being required. Many of the things running in the lab were vRealize related for our testing with Hybrid Cloud. The vRealize Suite is pretty well documented on proper shutdown sequence so no issue there. The challenge for me though was with PKS since it is something I’ve only recently begun working with. Of course my first instinct is to Google for official documentation, or better: Step-by-Step blog articles… however, this proved fruitless… I then checked Slack and asked an Expert… Fortunately, it’s not terribly complicated since we don’t have any workloads that are required to be running so I did the following:

This isn’t a highly detailed or technical article, but one that I hope helps others find a simple way to get their labs shutdown. Obviously Production environments would require far more detail that is beyond my current experience level. 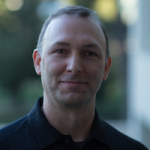 Senior Staff Solutions Architect at VMware, Inc.
Burke has been a technology professional since 1996 and has held certifications from Cisco, Citrix, ITIL, Linux Professional Institute, Microsoft, Novell, and VMware. He joined VMware in 2007 as part of the acquisition of Dunes Technologies from Lausanne, Switzerland where he had begun his work with Orchestrator. Burke is founder and contributor of the blog VCOTeam as well as a leading contributor to the VMTN Communities for Orchestrator. He has been recognized by the community as a vExpert since 2010. During his tenure at VMware, Burke co-created the Orchestrator Master’s Training program, has trained hundreds of employees on Orchestrator, built many integrations for customers and partners, and has worked various roles in the VMworld Hands On Labs. He has also been a member, and technical lead, of the SDDC Livefire program, building content, labs, and vPods for the program. Publications include contributing author for “VMware vCloud Architecture Toolkit (vCAT)” (VMware Press 2013) and technical resource for "VMware vRealize Orchestrator Cookbook - Second Edition," "VMware vRealize Orchestrator Cookbook," and “VMware vRealize Orchestrator Essentials” (Packt Publishing 2015), “Automating vSphere with VMware vCenter Orchestrator” (VMware Press 2012), and “VMware vSphere for Dummies” (For Dummies 2011).

2 thoughts on “How to Shutdown VMware Pivotal Container Service (PKS)”