In development and training environments, it is frequently needed to repeatedly deploy one or more resources for the tasks at hand. For VMware Cloud on AWS, there’s a few choices.

Our team frequently runs training sessions that involve attendees deploying their very own single host SDDC in VMware Cloud on AWS. While this is a great opportunity for people to get “hands-on” experience with the service, the deployment processing time is not optimal for a time limited class. If people really want to see the manual deployment process within just a few minutes, they can deploy a Zerocloud SDDC instance. This gives them the deployment “experience” in a fraction of the time.

A better use of hands-on time is to have SDDCs pre-deployed. This can be done:

Obviously we want to investigate the scripting options here. During my exploration of this topic, I found you could use the DCLI, PowerShell, or directly call the REST API. As some may know, I’m not much of a PowerShell/PowerCLI guy so I started by looking at the DCLI. Unfortunately, I found this to be quite cumbersome and inconsistent in the couple hours that I attempted to work with it. Rather than spend much more time troubleshooting, seeking assistance, etc… I chose to look into working directly with the REST API since I have more experience in that area due to my work with vRealize Orchestrator. Fortunately, I came across this example code: Curl example usage for VMware Cloud on AWS by Alan Renouf and this article by William Lam: Using VMC API to answer commonly asked questions about your SDDC. These were a perfect starting point since I was already familiar with curl and bash scripting.

The results of my effort can be found on my Github: https://github.com/burkeazbill/vmc-aws-scripts 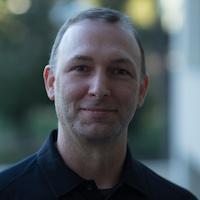 0 Subscribers 3 Watchers 1 Fork Check out this repository on GitHub.com (this link opens in a new window)

The scripts in that repository represent a starting point of functional example scripts that may be cloned and modified to suit your own needs. If you are a scripter comfortable with bash, curl, jq, and REST APIs and would like to contribute additional reusable scripts, please do submit a Pull Request to get your additions added!

Senior Staff Solutions Architect at VMware, Inc.
Burke has been a technology professional since 1996 and has held certifications from Cisco, Citrix, ITIL, Linux Professional Institute, Microsoft, Novell, and VMware. He joined VMware in 2007 as part of the acquisition of Dunes Technologies from Lausanne, Switzerland where he had begun his work with Orchestrator. Burke is founder and contributor of the blog VCOTeam as well as a leading contributor to the VMTN Communities for Orchestrator. He has been recognized by the community as a vExpert since 2010. During his tenure at VMware, Burke co-created the Orchestrator Master’s Training program, has trained hundreds of employees on Orchestrator, built many integrations for customers and partners, and has worked various roles in the VMworld Hands On Labs. He has also been a member, and technical lead, of the SDDC Livefire program, building content, labs, and vPods for the program. Publications include contributing author for “VMware vCloud Architecture Toolkit (vCAT)” (VMware Press 2013) and technical resource for "VMware vRealize Orchestrator Cookbook - Second Edition," "VMware vRealize Orchestrator Cookbook," and “VMware vRealize Orchestrator Essentials” (Packt Publishing 2015), “Automating vSphere with VMware vCenter Orchestrator” (VMware Press 2012), and “VMware vSphere for Dummies” (For Dummies 2011).