HA VIP in NSX-T is often compared with VRRP (Virtual Router Redundancy Protocol). Everyone who would look at both of them side by side would have quick following questions in their mind:

Let us first understand VRRP and HA VIP, then shall answer these questions individually.:

The Virtual Router Redundancy Protocol (VRRP) is designed to eliminate the single point of failure inherent in the static default routed environment.  VRRP specifies an election protocol that dynamically assigns responsibility for a virtual router to one of the VRRP routers on a LAN.  The VRRP router controlling the IP address associated with a virtual router is called the Master and forwards packets sent to these IP addresses.  The election process provides dynamic fail-over in the forwarding responsibility should the Master become unavailable.  Any of the virtual router’s IP addresses on a LAN can then be used as the default first hop router by end-hosts.  The advantage gained from using VRRP is a higher availability default path without requiring configuration of dynamic routing or router discovery protocols on every end-host. 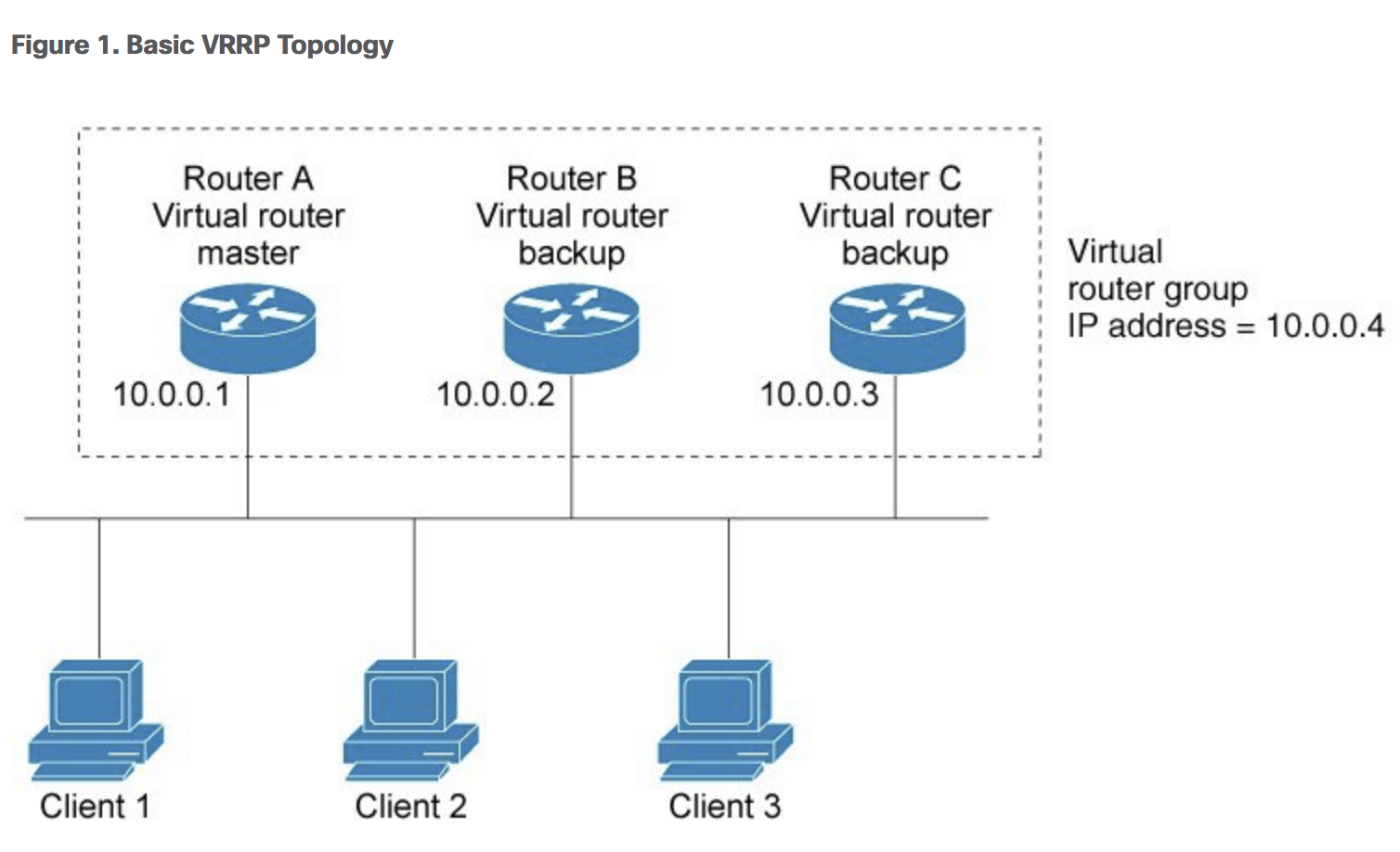 HA VIP does same to an extent where Virtual IP Address is assigned to Active T-0 Instance uplink interface alongside its primary interface IP Address and on standby T-0 instance does not own it until takes Active responsibility. Active T-0 instance is responsible to reply back to any ARP request generated by Top of Rack switch or router resolving data link address (MAC) for the Next Hop IP address (Configured inside the static route to reach NSX-T downlinks configured on T-0 or T-1). HA VIP does not have election protocol to elect which T-0 instance becomes the Master (That owns the VIP) or also both Active and standby instance do exchange keepalive messages in comparison to  VRRP which uses advertisement messages to know the state to action any failover. Hence in HA VIP Master role is always provided to active T-0 Instance during its implementation and depends on NSX-T way of detecting failure to failover to standby instance. 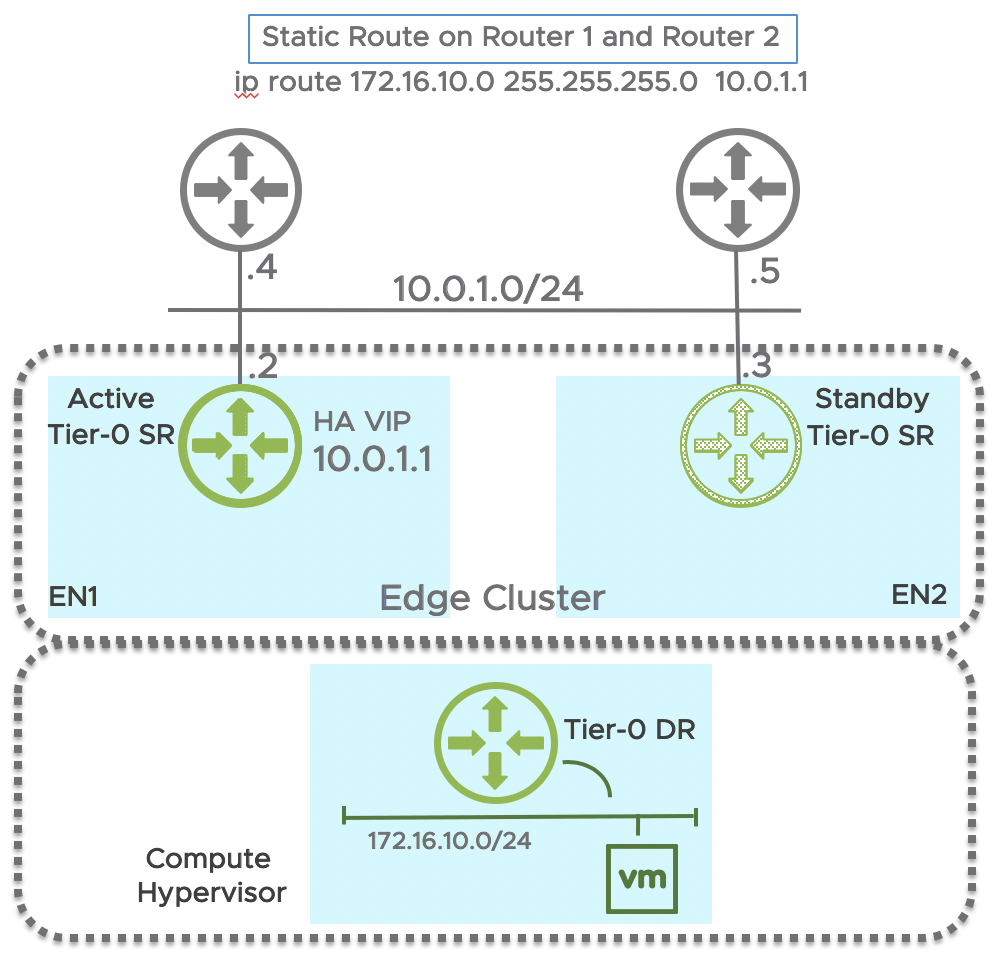 Note: HA VIP or VRRP both supports static routing and does not go along with Dynamic routing protocol.

To learn more about VRRP refer to the RFC 3768