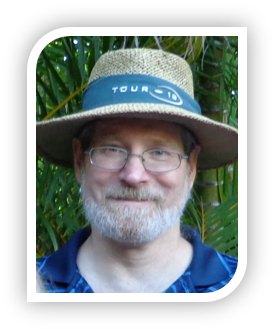 Kevin has been in and around technology forever. He’s seen most everything three or four times now! A former Professor, but turned technologist in the 90’s. He has held tons of certifications, many from IBM and Pivotal.  He operated his own servers before the Internet became public and franchised the operation.

Kevin joined VMware in 2012 but was traded to Pivotal in early 2013. Then he did a tour in the Spinnaker space.  To our good fortune he came back to VMware to work with the Livefire Solutions team, where he will be helping us integrate Pivotal and other Cloud Native App content into Livefire and deliver that material globally for our stakeholders.

He has touched and taught many technologies, with an extensive background in learning and cognition, and strongly believes that learning is agile, iterative, and incremental and that people learn by knowing, doing, and acting.

Kevin lives south of Cleveland, Ohio,  with his wife Judith,  and they are the proud parents of five children, and four + one on the way grandchildren!

When not working or chasing grand-kids, Kevin enjoys golf, collecting books (Mystery and Sci-Fi), and is a big fan of Agatha Christie, Burroughs, E.E. “Doc” Smith, and  J.R.R Tolkien.